A hard frost and winds strong enough to down trees in some northern New Mexico locations pulled the reins in on autumn, bringing most color to the ground earlier this week.  Still, along the Rio Grande and the Rio Ojo Caliente, color lurked, extending autumnal wonders.  Shade remains in the Rio Grande Gorge at this time of year until roughly 9 a.m., providing great opportunities for photographing river reflections.


I can see snow in the mountains above Taos and on the Truchas Peaks today. Most of the veins of high country gold are now flowing into the lower elevation river valleys. The cottonwood - both Fremont and Narrow Leaf - are putting on quite a show.
To catch this photograph of the cottonwood trees along the Rio Ojo Caliente, I stood outside a fence and shot through two strands of barbed wire with the ISO at 100, shutter speed at 1/500 second at f8 on my Konica Minolta digital camera.

The shot of the narrow leaf cottonwoods was taken with my very first digital camera - a Canon Power Shot A10 that my sister and brother-in-law gave me. The image was made before I was taken kicking and screaming from the darkroom into digital photography.
Finally, another still life.  These red pears very clearly announce autumn, the harvest, and the coming holiday season.

The sense of smell is a big part of autumn for me.  Beginning in late July and many times continuing through October, the smell of roasting green chile fills the air.  It is a rich, earthy, almost edible and evocative of the harvest.  Mix that with the crunch of dry leaves, fragrant apples, and cool air, and you have a little slice of paradise!

Lucky the photographer who gets down on the ground to shoot!  The smells rise up to meet you.

The first frost settled over the high mesa last Friday evening, and the cool, crystalline days of autumn have begun in earnest.  Days when the finest cello and oboe music combine in my head with the sound of leaves  hitting the ground around my feet.  Then there are the smells.  Much has to be left to the imagination but a few photographs say it all.  This is one of my favorites.  Hitting the high country after a dusting of snow a had melted and subsequent light rain had left what I call rain shadows on the aspen.


The aspen family demonstrates the pure delight and melancholy that is autumn.  Soon the gold will be gone, the trees will be at rest, and the trunks will reflect winter.

The shot below I categorize "just for fun".  This was part of a wedding portfolio I made a year ago in Taos.  It was in the middle of October and the day could not have been better for the event.
Breathe deeply
until next Monday,
DB
a passion for the image
Posted by Daryl A. Black at Sunday, October 10, 2010 1 comment:

Weather in New Mexico is a spectator sport.  Whenever it rains, people run from their places of work outside or to the window to see it rain.  When rainbows appear, cars stop along the streets and highways so their drivers and passengers can take photographs.  The same thing happens when it starts to snow.  But autumn in the western United States, particularly in the Rocky Mountains, is something to behold.  And it begins as early as mid-September in the very high elevations, spreading its wealth of gold, orange, and red down the mountainsides and between the ridges, spilling over into the river valleys as the days progress into October.

The next few blogs will be a photographic ode to autumn and harvest time.  Many of the photographs that will be featured were taken along one of the most beautiful routes in New Mexico - Highway 64 between Tres Piedras and Tierra Amarilla. 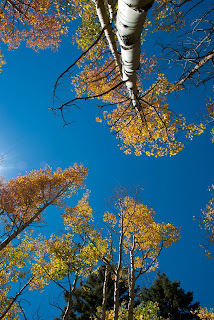 These shots were made last week.  The day was sublime! 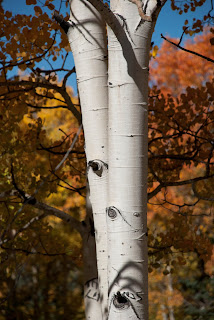 Relish the autumn!
until next Monday,
DB
a passion for the image
Posted by Daryl A. Black at Monday, October 04, 2010 2 comments: