And why not get friendly with water in this land of little rain?  Driving through New Mexico, a visitor could probably hear the cheering and sighing when the monsoon broke out in earnest this week.  After such a dry first half of the year, we all seem to taking deep and hearty moisture slurps, with fingers crossed that the rain will continue.

I was shooting cloud reflections on water in a stock tank when it started to sprinkle.  The breeze had already been gently moving the water when it really got interesting. 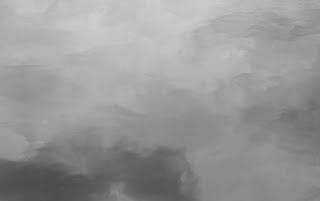 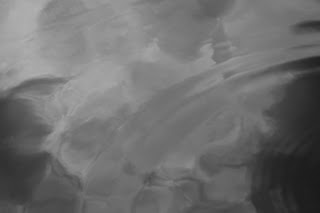 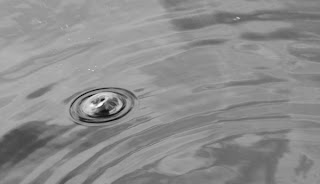 The water drop above is just starting to burst upward.  If you click on the image, you should be able to see the droplets above it. 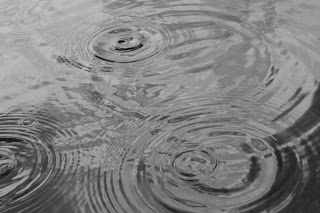 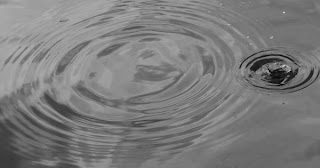 Circles radiating from a water droplet are mesmerizing.  They draw the human eye in and out, just as ocean waves do.   The subject of wave physics is far beyond my grasp, but one of the most accessible reads on the subject is The Wave by Susan Casey.  She vividly and deftly combines the science of the big waves called rogues, freaks, and giants with the lives of people who live to surf them.
until next Monday,
DB
a passion for the image
Posted by Daryl A. Black at Saturday, July 30, 2011 No comments:

"Get your motor runnin' "

In the high country, when the weather begins to even hint at spring - anything above 50 degrees after below zero winter temperatures - a clarion call goes out to motorcyclists all over the country.  Jackets and helmets are donned, bikes tuned up, and the hunt is on for that special road offering the comfort of pavement but at the same time incredible beauty and limited traffic.  Several roads in northern New Mexico provide a perfect blend.  Highway 64 from Taos to Tierra Amarilla, and Highway 285 which stretches the length of the state have motorcycle pheromone trails left by hundreds of thousands of riders.  It is also one of the routes West Coast riders take to the Sturgis Motorcycle Rally in South Dakota.  This year's rally is 8-14 August, and you can bet Highway 285 and 64 will be rich with the sounds of throaty Harley Davidsons and myriad other bikes.

In celebration of that and the riding weather summer provides, here are some motorcycle images I shot years ago with Kodak Plus X black and white negative film and my Minolta X-7A camera at a rally in Santa Fe. 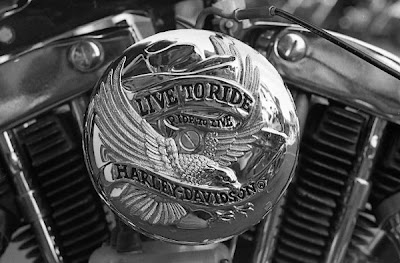 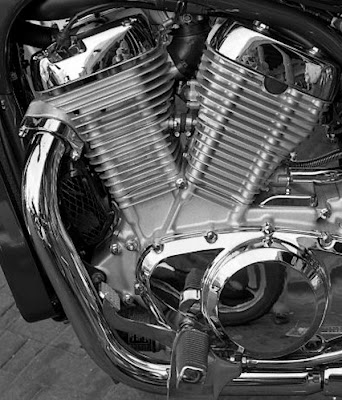 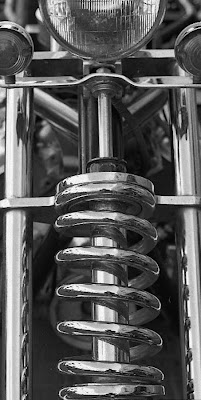 As the lyrics of the Steppenwolf song Born to Be Wild go, "Get your motor runnin' Head out on the highway Lookin' for adventure.   And whatever comes our way!"
until next Monday,
DB
a passion for the image
Posted by Daryl A. Black at Sunday, July 24, 2011 No comments:

Life is a strange ride.  There are highs and lows, joys, and sorrows, and everything in between.  One of the great joys of life for my brother-in-law, Bob, and his wife (my sister) Debbie, was Yellowstone National Park.  I'm not completely sure about the number of years they have been visiting but I believe it is 30 or more.  Some of those years included two visits.  They loved being part of the park's "geyser gazer" community, a group of volunteers who watched the geysers, frequently sprinting from one geologic feature to another when hearing on walkie-talkies that a particular geyser was erupting in the geyser basin or on the parimeter of it.  They recorded vital information including the length of time and frequency of activity.  Anyone who has visited Yellowstone and stayed more than a hour, knows that there is much more to this stunning geothermal landscape than Old Faithful.  Faithful is the operative word - it is very consistent in its eruptions.  But there are many other features that erupt irregularly, and when one of those starts to become active, the buzz among the gazers who are waiting in and around the basin, is palpable.

Bob and Debbie literally drove people to Yellowstone, and coerced, cajoled, and begged others to visit the park so that they could share its unique and spellbinding qualities.  Their knowledge of the park would fill volumes, and they could answer just about any question a visitor had.  The goal - to spread the magic of Yellowstone around the world and from generation to generation.  They did just that.

Bob died earlier this month, but I would lay wager on the fact that right now, he is doing one of his favorite things - watching geysers in Yellowstone.  Although Beehive was particularly special to him, I have no photographs of it.  The images below were scanned from Fujichrome Velvia slide film and taken on a trip with Debbie and Bob in September of 1994.

Castle and Lonestar are not in the geyser basin per se but a nice hike beyond it.

until next Monday,
DB
a passion for the image
Posted by Daryl A. Black at Sunday, July 17, 2011 2 comments: