During a summer such as the one we just experienced, when the weather is anything but "normal", odd things happen.  Animals don't have enough to eat and drift with the mission of finding food and water.  Migrating birds arrive and depart before their normal food sources appear on the scene.  And sometimes, we get a wondrous extension of the blooming and growing season.

Normally, the larkspurs pictured below would have long ago finished their final bloom.  But I can't complain.  This year, they just keep blooming, with one of the true blues in the flower world.  Photographically, blue is really tough.  Thus far, the best way I have found to shoot it is in deep shade or filtered, evenly distributed light. 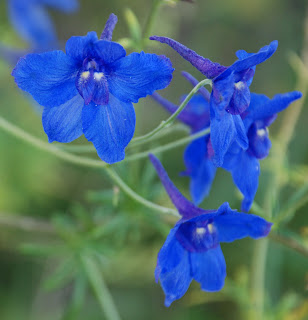 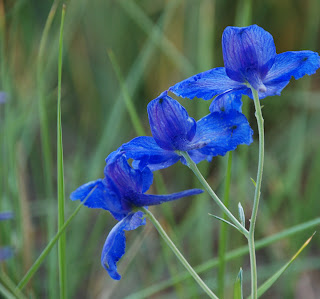 Autumn arrived officially on Friday.  Although - like the animals and flowers - trees in the high country haven't quite begun their transition, there is plenty of shooting to be done.  With luck, I might meet some of you out there with cameras in hand.
until next Monday,
DB
a passion for the image
Posted by Daryl A. Black at Sunday, September 25, 2011 No comments:

Transition is upon us.  Farmers and gardeners in northern New Mexico are deep into harvest season, and thanks to a wide variety of birds and animals. there are always lots of volunteers in and around the gardens and fields.  Arugula, lettuce, and spinach are popping up all over this year and in the oddest places, including the road.  It depends on your outlook whether these are considered weeds or simply volunteers.

I am fairly certain a bird of some sort is responsible for the beauties below.  The first is millet that pops up freely from a Santa Fe bird seed mix we use.  The other is a sunflower, that most likely is also part of the mix. 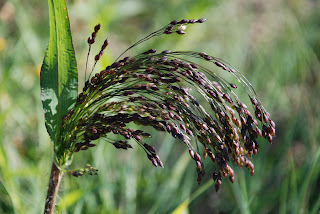 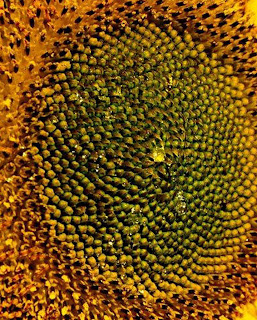 and so the cycle of life continues
until next Monday,
DB
a passion for the image
Posted by Daryl A. Black at Monday, September 19, 2011 1 comment:

Yin and Yang or Pup Pup and the Dark Side

Nothing like cool, rainy weather to bring creatures together, at least for a bit.  These two coyote puppies that are rapidly becoming teenagers and acting like it, have been regular visitors during the past several weeks.  One, by virtue of the wretched human (and our) propensity to anthropomorphize animals, we called Gigi.  We have since discovered he had slightly different equipment hidden under all the puppy fur. Thus, Gigi has become Pup Pup.  He is quite obviously not the alpha male.  We call the other puppy "The Dark Side".  The Dark Side seems to be a bully, or he could just be a perfect example of Darwin's survival of the fittest.  Regardless, when the two of them want to keep warm, they resort to each other's company.

until next Monday,
DB
a passion for the image
Posted by Daryl A. Black at Saturday, September 10, 2011 No comments:

secrets of the garden

Nurseries in New Mexico carry massive numbers of sunny side up and drought-tolerant plants, and rightly so.  They are the ones that have the most success in this land of little rain.  But occasionally, one needs vegetation for the shady areas created by the north side of a house which blocks the sun for certain portions of the day.  In that cool shade are lovely garden secrets.

Because the light is isolated and being reflected from a number of different sources, as might be the case using multiple soft boxes, the effect can be quite luscious.  Poke around your garden with camera in hand.  It is quite rewarding!
until next Monday,
DB
a passion for the image
Posted by Daryl A. Black at Sunday, September 04, 2011 No comments: