A pot of pinto beans is simmering, snow is falling, and a new year is poised to open. What represents the new, rebirth, life, or opportunity more than water, in whatever form it takes.  It is unmatched in  persistent strength and unerring dedication to its course.

The acequia system in northern New Mexico is centuries old but is alive and well, providing the life blood for farmers both large and small.  A branch of this system runs through Casa Gallina in Taos.  Owner Richard Spera says that regardless how much ice builds on the surface during the winter, the acequia water always flows beneath it. Double clicking will enable you to see the ice detail. 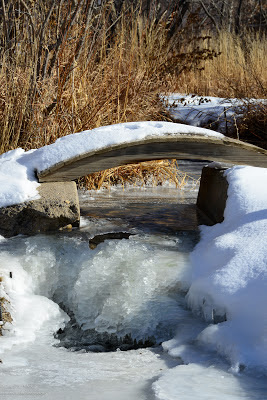 Even icicles eventually change form and release waster to the earth. 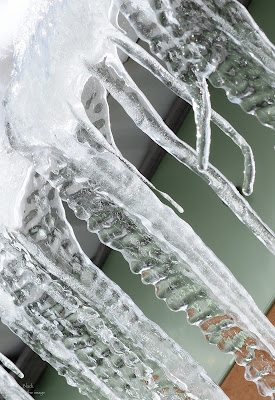 So as the curtain is raised on 2013, may the water of life nourish and inspire us to respect, cherish, and nurture all that is Planet Earth. 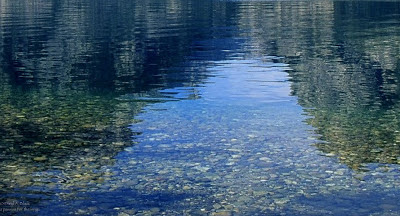 It is Christmas Eve.  A day when many of the world's children await a visit from Santa Claus or St. Nikolas, and have images of Santa working feverishly in his shop, preparing gifts, and packing the sleigh.

Many men and women are builders and woodworkers.  Some, like William Bufkin of Taos, are extremely skilled at what they do. Buf allowed me to hang around his shop last week and photograph him while he was working on doors for a home remodel.  He began by visually sizing up planks of western red cedar, seeing how the grains and textures might work together and complement each other. 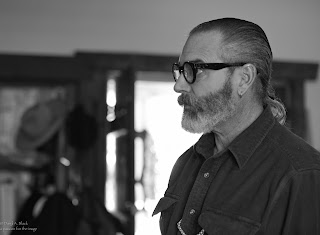 In the image below, the trueness of the plank is checked. 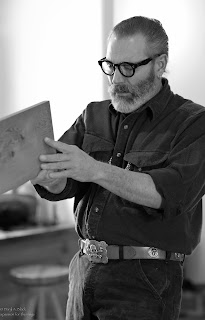 Buf blows the sawdust away following with each pass of the saw. 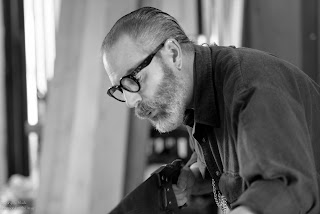 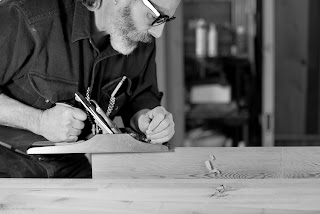 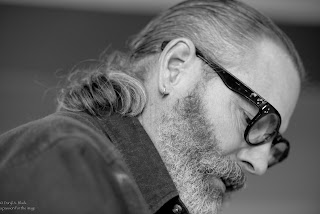 To the joy of just about everyone, winter finally arrived in New Mexico this week, with either snow or rain falling statewide.  A great thing, indeed, for a parched landscape.  This Friday, 21 December, is the Solstice and official opening of the season.

I offer a toast, then, to winter, Solstice, and the gradual lengthening of days on Earth, assuming the Maya simply ran out of room on their calendar.

Nature graced us with an incredible hoar frost this morning, the crystals of which were quite profound and stunning.  To make the images larger, click twice on each one. 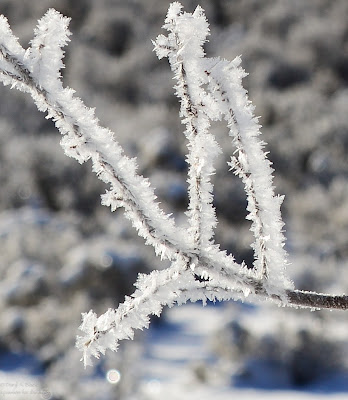 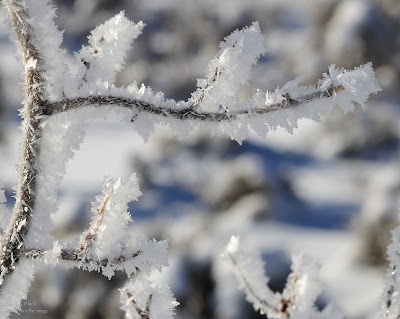 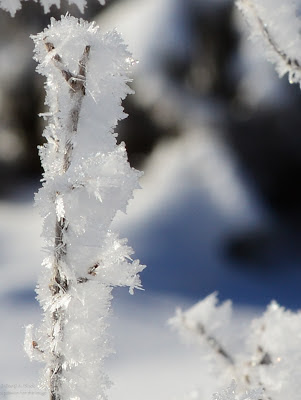 Wildlife photographers are incredible.  I have always admired them and their abilities, regardless of filming location.

The wildlife shots I am able to wrangle generally are a matter of trying to place myself in the right place at the right time, and luck.

So this week, I decided to take a new piece of equipment in hand and make an attempt to photograph scrubs jays in flight.  Knowing something about jays, from observation and from having read the story by Mark Twain about the blue jay and the acorn, they respond almost immediately to anything that vaguely resembles food.  Matter of fact, some of the first photographs I shot appeared to have huge smudges of white and yellow in them.  A closer look revealed bird seed flying out of their bills as they departed the feeder.  Jays pack so much food in during each trip to the feeder that some seed is bound to be lost in flight.

But back to the photography.   Like a fledgling bird, experimenting with and then trying to perfect the specifics of flight, I am a fledgling photographer when it comes to photographing birds in flight.  I began "bird photography kindergarten" this weekend.  What I really wanted was to photograph the backlit curved flair of the wings.  Perhaps it is due to the long tail feathers, but the jay feather configuration seems much more dramatic than that of other birds of similar size.  As you can see in the photographs below (made during six different shooting periods), each landing is divided into parts, with its own critical and intricate moves. 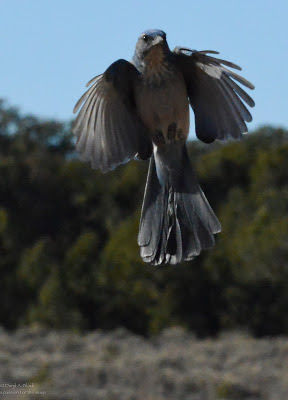 Patience and the ability to sit on the ground (or wherever) is certainly helpful.  Good hearing, to determine the difference in the heft and frequently of wing beats among the assorted species of birds in residence is essential.  And timing is crucial.  I began by focusing the camera, holding it and waiting for a bird to appear in the viewfinder.  Eventually, I realized I needed to anticipate the direction or place from which the birds would be flying, look in the viewfinder with one eye and scan the landscape with the other. 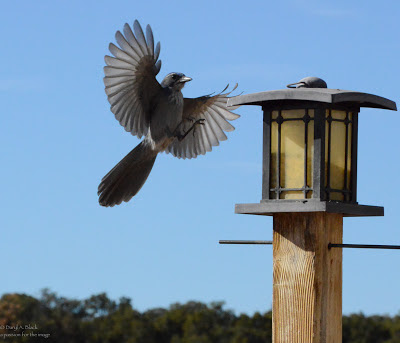 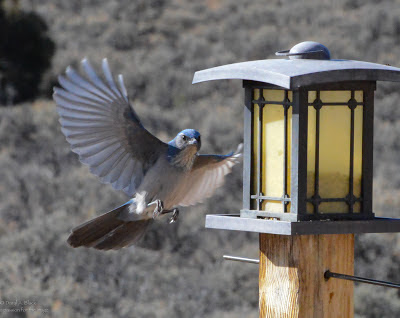 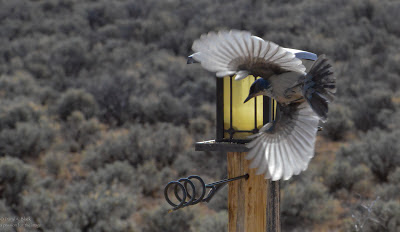 It is quite obvious I have yet to wear the kindergarten mortar board.  The results are not as acute or focused, nor what I would hope to eventually achieve with a heavier lens and handheld camera.  But it is a start!