A Renaissance woman with whom my husband and I have spoken for several years at the Wool Festival in Taos, recently emailed and asked if she could paint one of my photographs.  "Naturally, I was flattered!"  (Thanks to Jennifer Jason Leigh portraying Amy Archer in The Hudsucker Proxy for that wonderful piece of dialogue.)

But the email correspondence made me flash on the beauty that is the Abiquiu area and why so many artists and photographers have been attracted to it over the years.  Season, light, and shadows can morph the geology from a lunar landscape to a circus of color in minutes 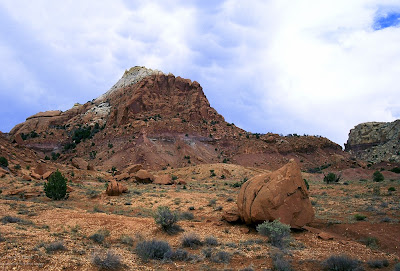 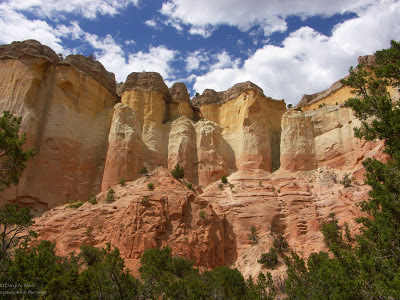 Here's to you, Deborah, and all the artists - past, present, and future - who have or will embrace the area in their work!

Ask anyone from almost anywhere around the world, and he or she will probably say that autumn is the most beautiful of seasons.  It certainly has been a stunner here in the southern Rockies, and despite the fact that trees in the mountains have shed their leaves, calm days with high temperatures in the 50s and 60s have totally spoiled me.  We could use the moisture but it is gorgeous.

Even in early autumn, occasional rains and storms can light up the sky.  Here are a few samples of the southwestern sky before nightfall in late September. 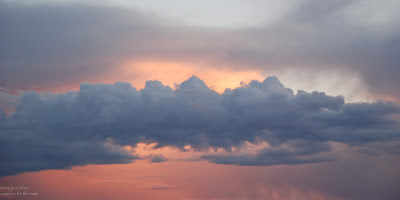 And, just for grins, a particularly dramatic image from earlier in the year.

Regardless of whether your feelings about hunting are in the line of "Run, Bambi, run!", or you revel in the thrill and skill necessary for a successful hunt, there is no doubt this is hunting season.  Deer, elk, bear, and cougar are the animals being hunted at this time of year in our area, and hunters with massive amounts of equipment, including all terrain vehicles (ATVs), numerous coolers for packing the meat, as well as campers, tents, and stoves line the highways.  Each hunter has his or her favorite hunting spot within units designated by the state Department of Game and Fish.

Personally, I prefer hunting with my camera.  Below are two photographs I shot one morning of a mule deer. 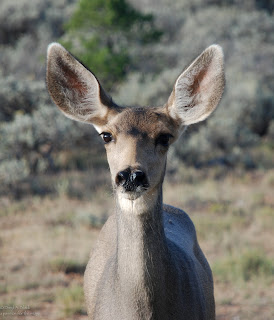 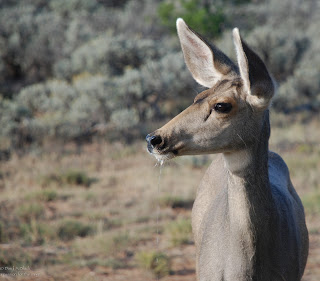 The elk herds tend to gather later in the winter.  This shot was recently exhibited in the Taos Select section of the Taos Fall Art Festival.

My weekend was spent surrounded by fiber, which was very good because it was a chilly but beautiful one in Kit Carson Park.  For everyone involved in the 29th annual Wool Festival in Taos, life revolves around the animals and fibers they produce.  Sheep fleeces represent the largest part, but alpaca, llama, and rabbit also provide lustrous additions to the mix.  The vendors are incredibly dedicated to their animals, and to the exactness of the arts and crafts they produce. 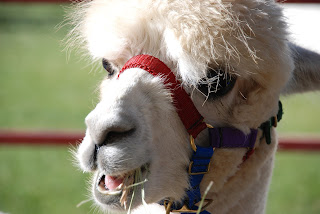 My husband, Fred, a real Renaissance Man, who has been both an architect and commercial airline pilot, is a weaver of Rio Grande and architectural style rugs.  He uses 100% Navajo churro wool from Connie Taylor, the national registrar for churro sheep in the United States.  She hand-dyes all the wool in the most amazing palette of colors.

When Fred is working on a rug, using a Rio Grande style walking loom, he generally does a combination of one color lines, shooting a shuttle across the width of the loom.  When tapestry is used to create a specific shape, it requires feeding pieces of wool under every other strand of warp (the vertical strands you see on the loom below that become the fringe at the end of the rug).  This process is reversed going the opposite direction after the using the beater bar to tightly pack the previous run of wool.

Here is a photograph of Fred and his loom with a rug in progress.  The turquoise designs at the end of the rug are considered tapestry. 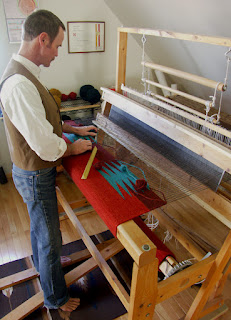 One of his Frank Lloyd Wright/Charles Rennie Mackintosh-inspired pieces that was on display at the Taos Fall Arts Festival. 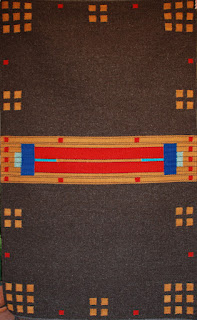 
Blogs sometimes are delayed when the writer/photographer is in drift mode, taking photographs.  I have been shooting the autumn, which in our end of the Rocky Mountains this year is spectacular.  So my duty for today is to lay color at eye level for your viewing.

Bizarre as it may seem, this little creature caught my eye near Taos Ski Valley.  Insects are absolutely not my area of expertise, but this one has distinctive identifiers called "lashes".  As far as I can tell, it is the caterpillar stage of a tussock moth of some sort. 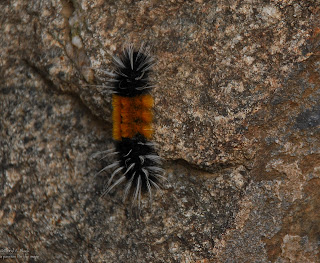 No identifier on this one.  Just a splash of color. 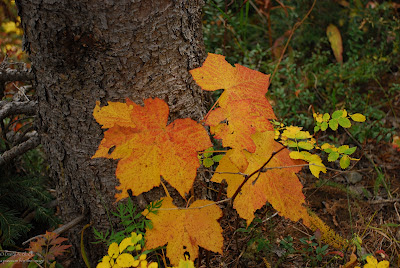 And what would autumn in the Rockies be without an aspen or two?