It was bound to happen.  If nothing else, I am persistent and a bit too predictable, so it won't surprise any of you that the camera came out of its bag to be pointed in the direction of the flying circus of hummingbirds at our feeders.  These amazing birds arrive around income tax filing time, with male broad-tailed hummers leading the pack.  The rufous are the last to depart for points south, in mid to late September.

Comparing notes with friends, we realized that there weren't as many anywhere in northern New Mexico this year, and their presence seemed to fluctuate.  On the 4th of July, just in time to represent the orange-red part of the color spectrum, the Rufous hummingbirds arrived, but it was not until the last two weeks that we saw a dramatic increase.  The population blasted from around 250 birds to roughly 360.

How do we know the number of birds?  Here is the formula -  8 ounces or one cup of liquid consumed in a 24 hour period represents 40 birds.  According to a documentary film on hummingbirds, they need to feed every fifteen minutes.  Imagine the traffic surrounding four, one quart feeders.  It is a non-stop flying circus, with creatures relentless in their pursuit of C&H (California and Hawaiian Sugar Company with the added irony that the chemical composition of sugar is C12H22O11).  After the rufous join the mix of broad-tailed, black-chinned, and calliopes, one feeder is guarded by the ultra-territorial rufous, making it more difficult for the other birds to get to it.  Occasionally, the numbers of others are so great that it becomes impossible to guard, but the rufous don't let it happen too often. 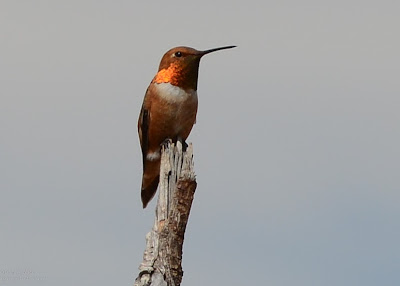 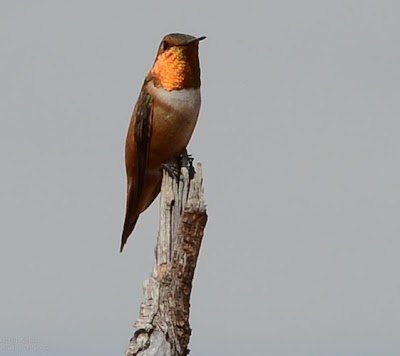 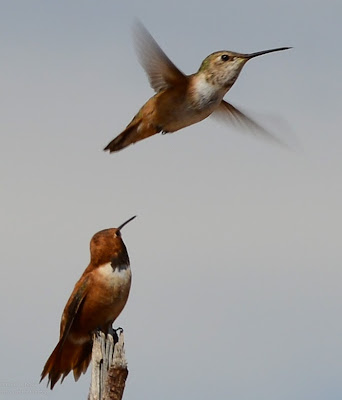 On Saturday evening, the second opening was held for Intersection:  lens, light, life at La Tienda Exhibit space in Eldorado.  The absolute highlight of the evening was the music of Blue Moon Prairie, a phenomenal group of woman from northern New Mexico, playing their own special brand of music.  What I would call Rocky Mountain folk, it contains threads of blues, country, and folk music that weaves stories the way good music should.  Caroline Jenney, Robyn Adams, and Laura Melanie Stein sometimes whaled on their guitars, mandolins, and keyboard, and at other times slowed it down to reach way down into the soul.  Their voices and harmony added another instrument to the blend.

This Thursday evening, 25 July, Blue Moon Prairie will open Taos Plaza Live! at 6 p.m. (on the plaza in Taos).   I encourage everyone to catch their opening act.

Here are some shots of them in action. 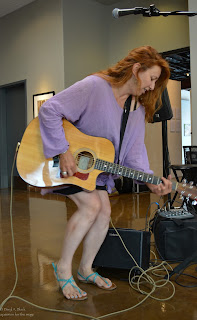 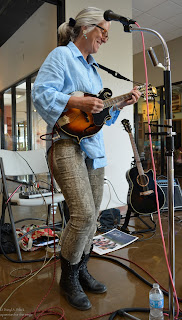 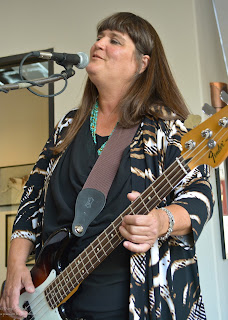 and a few details... 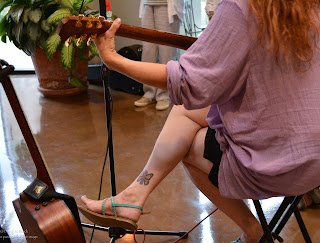 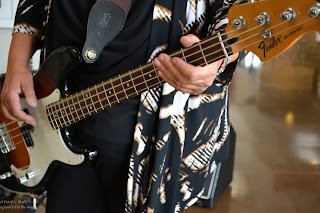 As with each photography category - portraits, sports, dance, art - weather photography has its own challenges, and I have always been curious about the difficulty of photographing lightning.  Rising to the challenge this week, with increased thunderstorm activity in the great Southwest, I set out to capture lightning.  Not out in the open (although one summer at Girl Scout Camp I danced around a metal flag pole during a thunderstorm) but from the relative comfort of our portal.

What did I learn?   Focus should not only be on the lightning but on the landscape and clouds.  You can count and "gestimate" when strikes might occur.  And it takes a lot of patience.  I thought my nose was going to be permanently altered to one side after pressing my face against the viewfinder for lengthy periods of time.  Obviously, I need more practice but here are a few weather shots from a rousing storm this week.  Not a drop of rain fell on our land from this seemingly ominous storm. 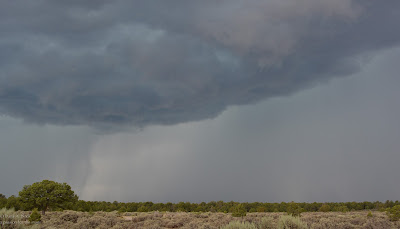 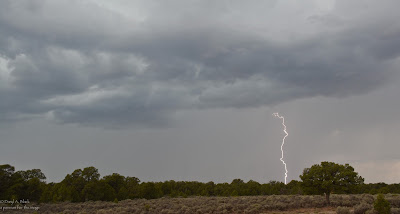 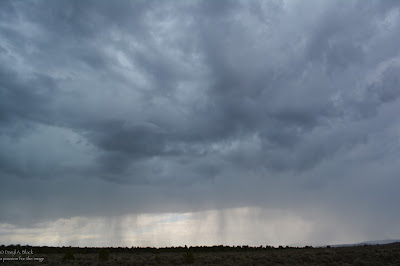 ...until you reach Intersection: lens, light, life, an exhibit of art by oil painters Kathy Olshefsky and Fran Nicholson, gelatin monotype artist Caroline Jenney and a collection of my photography.

If you are coming from Santa Fe, take northbound I-25 toward Las Vegas to the exit for Highway 285 south toward Lamy.  Proceed to the signal light at Vista Grande and turn right into Eldorado.  Roughly a quarter of a mile later, there is a shopping area on the left side of the road.  Do a U turn and enter it.  La Tienda Exhibit space is housed within the area.   The opening is this Saturday night, 13 July, from 5-8.  There is a second opening on Saturday, 20 July from 5-7, featuring Caroline Jenney's group, Blue Moon Prairie.  The exhibit runs until 10 August and is open from 11 a.m. until 6 p.m. Wednesdays-Saturdays. I will be there on Fridays if you want to visit.  Caroline, Fran, and Kathy would also like to visit and have a chance to talk about their work.

One of my pieces in the exhibit is this image of a walkway and red door in the Belgian city of Brugge. 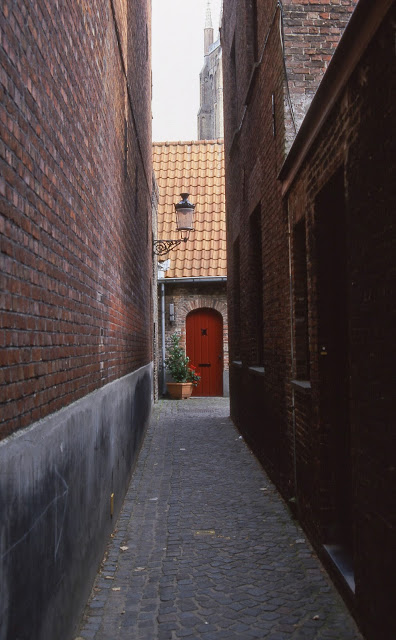