All creatures need to see.  They like to see.  Birds perch on the highest limbs of trees and electrical wires to view their surroundings.  Marmots climb over shale above the tree line, surveying their world.  The earliest humans may have lived in the safety of caves, but they had to leave to hunt and to see the condition of their surroundings.

Human-constructed habitats and buildings almost always have had openings - doors and smoke outlets at the very least - and when it became possible, windows and skylights.  I like to think these were not only developed for practical purposes but to enable our predecessors to gaze at the landscape, the sky, and the stars.  In a world where artisans now produce the most intricate and breathtaking windows and doors, here are some beautiful and pragmatic openings.

At the change of seasons, I like to make a pilgrimage of sorts to the beautiful mountains between Tres Piedras and Tierra Amarilla.  By now, you know my love for Highway 64, which winds through the high country revealing stands of cottonwoods, aspen, spruce, and fir, as well as views of the Brazos Cliffs.  It is my favorite drive in New Mexico, and judging by the number of bicycles and motorcycles on the road, others find it enticing as well.

Every trip is different.  My goal during the drive last week was to photograph wild iris, but the relative lack of spring moisture made the season short.  Few were in bloom and most were far beyond their prime.  In addition, I would guess that nearly 90% of the aspen were filled with bag worms, leaving few leaves on the trees.  The birds and animals which eat the resulting moths are going to have a very good growing season indeed.

Not to be deterred, I explored one of the rest stops that looks out over the Brazos, searching for one of my other favorite subjects - marsh marigolds.  They were there but lurking amongst them was something I had never seen before in the wild - shooting stars.  These little jewels are visual eye candy but you have to be sitting on the ground, better yet, on your back to photograph them.  Luckily the normally marshy area in which they are found was dry enough for me to work. 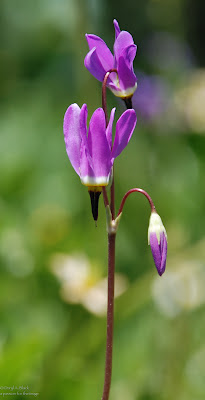 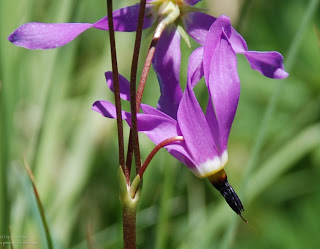 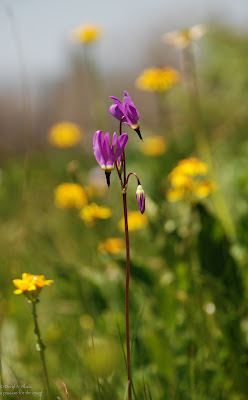 Enrosque has its roots in the Spanish verb enroscar meaning to screw in, to coil, to curl up.  In tango, an enrosque is a twisting or corkscrew type move.  So I thought it appropriate to name this pair of still life grass images enrosques.

Although grasses are notoriously difficult to identify, my best guess for this lovely grass is that it is in the Brome family.  Of course, it is considered a weed, but even lowly weeds can be stunning. 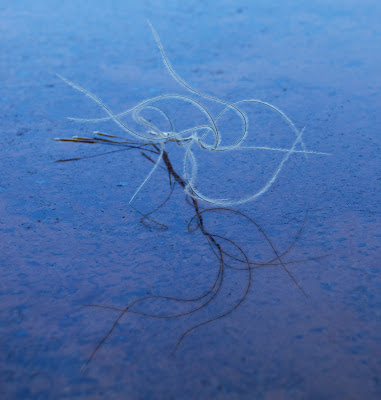 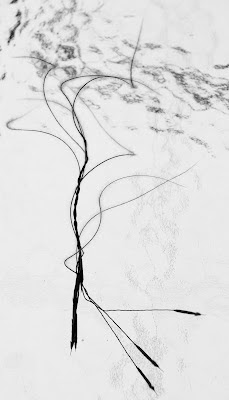 I never cease to be surprised and thrilled by Nature's designs.

There are blue moons, harvest moons, new moons and full moons.   In North America, there is a name for each month's moon.  Because of that, I will take liberties and name June's (normally "honey moon") the "poppy moon" because poppies are having a massive and most gaudy bloom in northern New Mexico this year.

The garden poppy comes in a wonderful array of colors, but I tend to think of them as big as my fist, and bold and bright and red.  Georgia O'Keefe also comes to mind.  This week's images are of some exceptionally beautiful poppies in Buf's Talpa Garden.  My thanks to him for growing them. 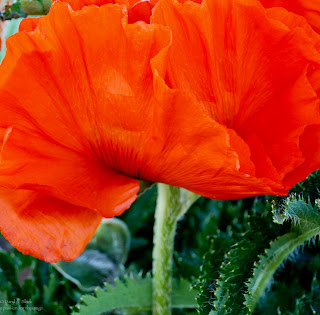 I generally don't think in terms of poppies in black and white but here is one treatment that seems to work well. 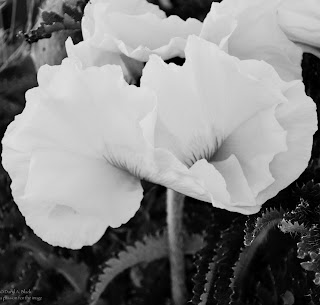