While visiting Casa Gallina two weeks ago in what I would call the bottomland of Taos - a rich, wonderful product of hundreds if not thousands of years of runoff sediment that is the envy of any gardener - I noticed a field totally empty of anything except wild iris.  My bet would be that these iris are pests or weeds to farmers and ranchers but in a week or so, that field will be a visual treat of blues and purples.  At higher elevations in the mountains, the iris will begin to bloom as early as the first week in June and continue throughout the month.  There are several places in northern New Mexico that are just full of these beauties.  The photographs below were made over several late mountain springs, off Highway 64 between Tres Piedras and Tierra Amarilla. 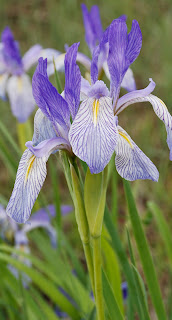 The colors and even petal shapes are amazingly varied, as is demonstrated by the photographs above and below. 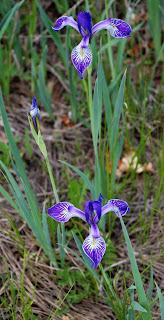 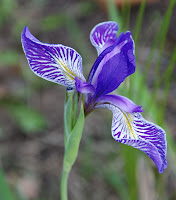 To get truly intimate iris portraits, it helps to sit down or get on your belly and shoot them straight on or from below.  For a different sense of their character, stand above them and shoot down.
Perhaps I will see you with your camera the next time I am out shooting!
until next Monday
DB
a passion for the image
Posted by Daryl A. Black at Sunday, May 29, 2011 No comments:

And now for something completely different...

...as the Monty Python group would say.

This week I had the opportunity to visit Casa Gallina.  Owner Richard Spera gave me a tour of the holiday rentals and of the reason this peaceful place is called Casa Gallina.  I got to meet Big Daddy, the rooster, and his lady friends as they searched the irrigated grass for insects and worms.  There are some thirty beauties in residence and Richard has said I can come back and photograph when the chicks hatch, in just days now.

For the time being, I will now introduce two of the ladies. 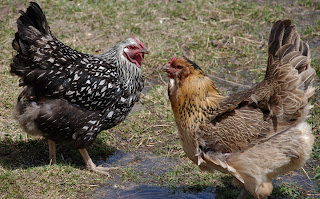 Knowing precious little about chickens and breeds, I just photographed at random.  The differences in color and consistency of their feathers is amazing.
Speaking of amazing, here is Big Daddy.  The patina and richness of colors on this rooster is astonishing. 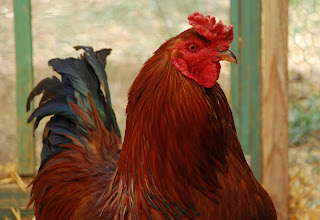 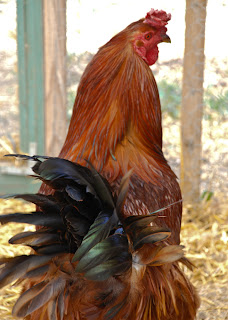 I will never look at portraiture in quite the same way!
until next Monday,
DB
a passion for the image
Posted by Daryl A. Black at Sunday, May 22, 2011 No comments:

Who was that masked man???

Any of you reading this who is older than, oh say 40 or so, will recognize this line from the television western The Lone Ranger.  But I often seem to encounter people I have known from the distant past who are familiar but not readily identifiable.  A photographer friend recently did a photo shoot with a woman who is running for public office in New Mexico and her name was very familiar to me but I could not place the situation in which I had known her.  It took about two hours, searching the brain, high school yearbooks, and the web before I identified her.

Alas, such is the case with Jesse Ortiz, a kind man with a wonderful face, who my husband and I encountered at the Tierra Wool Spring Festival in Los Ojos, New Mexico, near Chama.  He is a Church of Christ Minister and a member of RASA - the Rio Arriba Stuntmen Association.  I might not have been able to jog my memory about the context in which I had come into contact with him, but one thing I did know was that I had to photograph him.  Jesse was kind enough to allow that outside Tierra Wools.  Shortly thereafter, he received a casting call for a part on horseback in a film being made in Santa Fe. 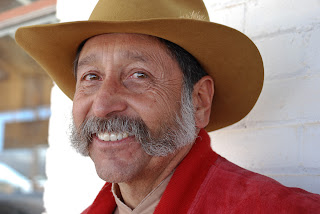 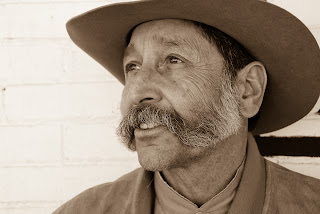 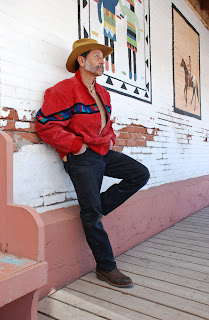 If you need historical re-enactments or a guide for horseback pack trips in the Chama area, Jesse is your man.
until next Monday,
DB
a passion for the image
Posted by Daryl A. Black at Monday, May 16, 2011 No comments:

for the mother in us all

From time to time, human beings assume the "mother" role.  It could be as mother to offspring, or children of another person, adopted children, siblings, parents, grandparents, friends, or animals.  Our need to become involved in other lives is part of who we are.
I did a mother/daughter photo shoot a number of years ago and thought I would share a couple of the shots of Cheryl and Jende with you in today's blog. 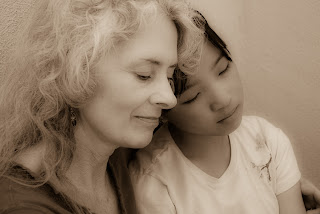 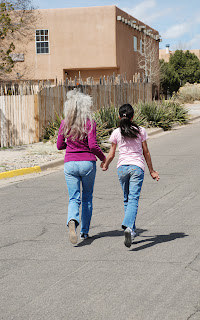 My hope is that they can keep joyfully running together for the rest of their lives!
until next Monday,
DB
a passion for the image
Posted by Daryl A. Black at Sunday, May 08, 2011 1 comment:

That was certainly the message to many airline passengers last week with the incredible outbreak of violent weather in the southern United States.  In a much different way, New Mexico had its share of exciting spring weather this weekend.  Crossing the pass on Highway 64 between Tres Piedras and Tierra Amarilla, the sky was incredibly dynamic and in constant flux.  Even to an amateur weather watcher like myself, the clouds told of a rough ride at higher altitudes. 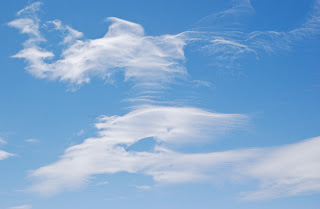 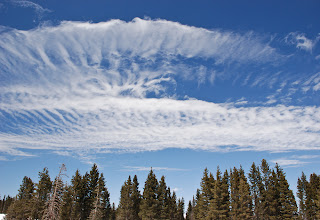 The weather professionals have predicted snow and rain for much of the winter, and so frequently did it fail to materialize that this weekend's results were a most welcome surprise! 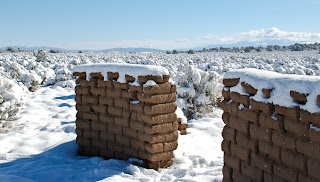 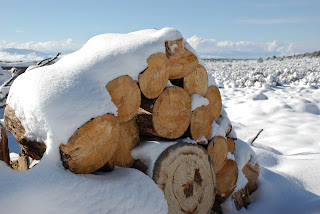 Images of the mesa on this second day of May!
until next Monday,
DB
a passion for the image
Posted by Daryl A. Black at Monday, May 02, 2011 1 comment: