The wind is howling and filled with powdery snow flakes landing only fleetingly on the window as I write.  Thus far, winter has provided an enormous variety of opportunities and canvas for art.  The latest was the previous week's snowfall, some of which is amazingly still cradled in the pinon and juniper branches and needles.

The two photographs below, however, feature snow and frost on aspen trees.  There was dense fog in the area when these were made, and thus, the backgrounds are almost monochromatic. 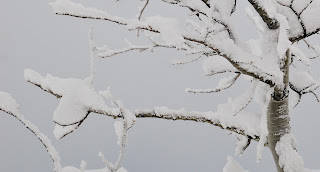 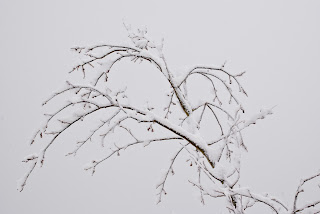 Many of you are or will be on the road or in the air, to join family or friends for the holidays.  May your days be joyous, safe, and warm.  Merry Christmas.
until next Monday,
DB
a passion for the image
Posted by Daryl A. Black at Monday, December 19, 2011 No comments:

The Lighting of Ledoux Street in Taos is a great street party, officially opening the holiday season.  It is an event where friends and strangers gather in the snow and cold and move from gallery to shop to gallery, catching up and breathing in the crisp air.

These shots were made just as the sun was setting, at the opening of the official lighting festivities three years ago.  The elm tree below was saturated in the last minutes of daylight. 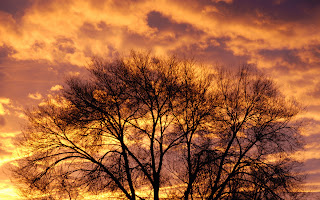 The next two photographs are of Our Lady of Guadalupe Church near Ledoux Street.  The farolitos (sometimes called luminarias) can be seen on the roof parapets. 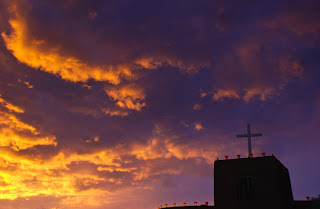 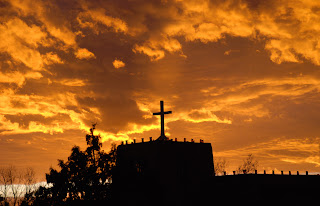 until next Monday,
DB
a passion for the image
Posted by Daryl A. Black at Monday, December 12, 2011 1 comment:

Timing is everything, and the weather forecasters had a devil of a time predicting the latest winter storm to arrive in New Mexico.  Since its arrival on Saturday, some nice winter portraits have presented themselves.  I wanted to share a few with you.

Despite the fact that their pollen gives many in the Southwest heck several times of year, junipers have some of the most photogenic bark during any season. 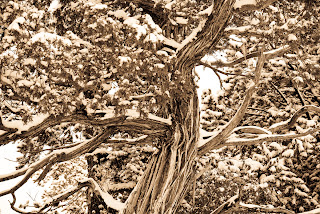 On Sunday morning, branches not only held snow but the most amazing hoar frost.  Instead of being lacy, it attached itself in chunks, like rock salt, on the pinon needles. 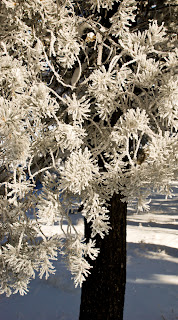 The closer I got, the more interesting the details became. 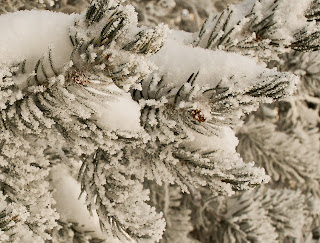 Despite the cold, winter is a great season for photography.  Bundle up.  Tuck the old camera inside your jacket to keep the batteries warm, and head out to shoot!
until next Monday,
DB
a passion for the image
Posted by Daryl A. Black at Monday, December 05, 2011 No comments: