Today is Memorial Day in the United States of America, a day originally named Decoration Day, set aside to remember those who died in the American Civil War.  We now remember all who died in conflict - declared or undeclared, foreign or domestic.  Men from four different conflicts are shown here.

The first is most likely my great, great grandfather who served in the Union Army during the Civil War.  This scan of a tin type was similar to many that were shot by the burgeoning legions of photographers. 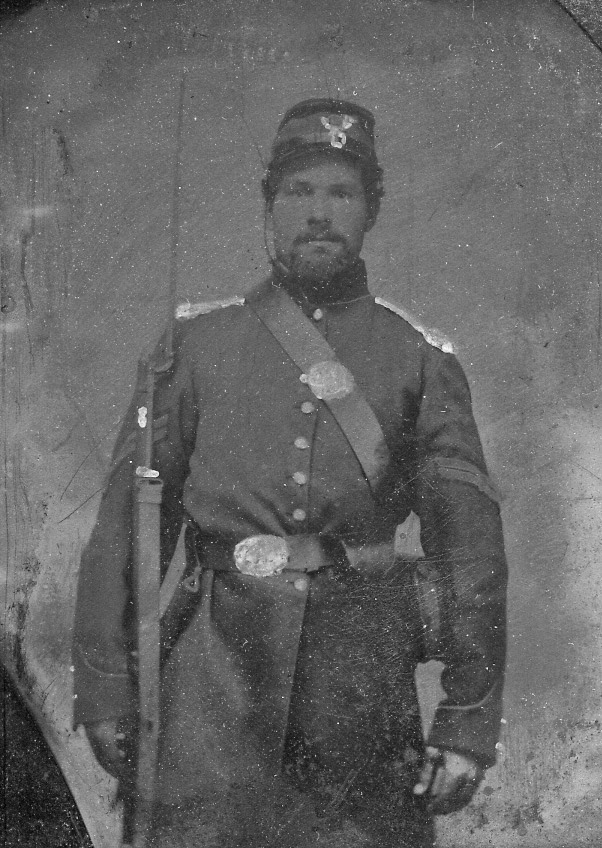 Frederick Rockingham was Fred's grandfather and part of the 62nd C. A. C. (Coast Artillery Corps) during World War I.  He served in France in 1918 near the end of the war. 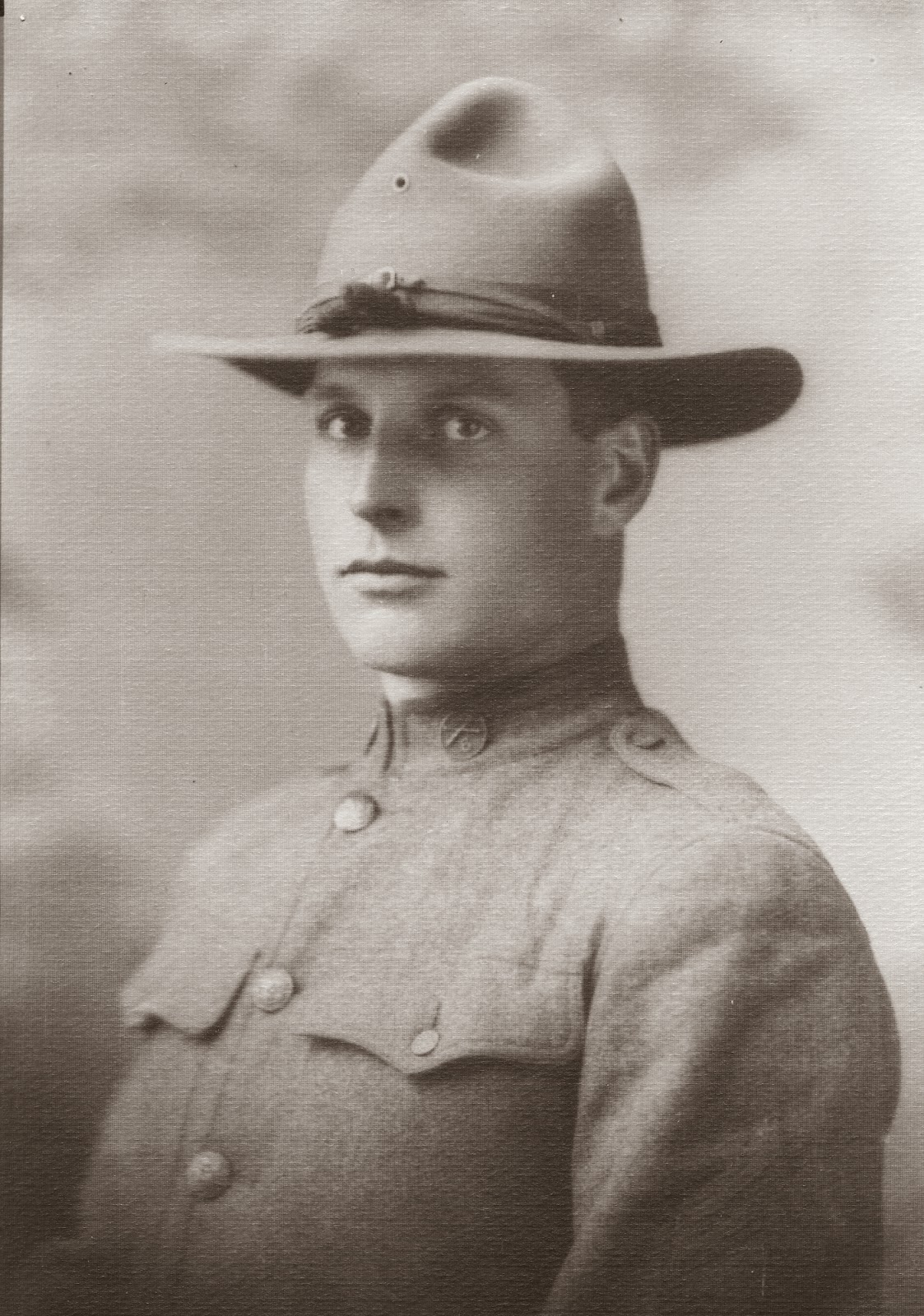 Although this photograph was taken outside Jefferson Barracks in St. Louis, Missouri, during World War II, Alan Dale Douglas, my father, was later stationed in Deming, New Mexico, where he was an air traffic controller for the Army Air Corps. 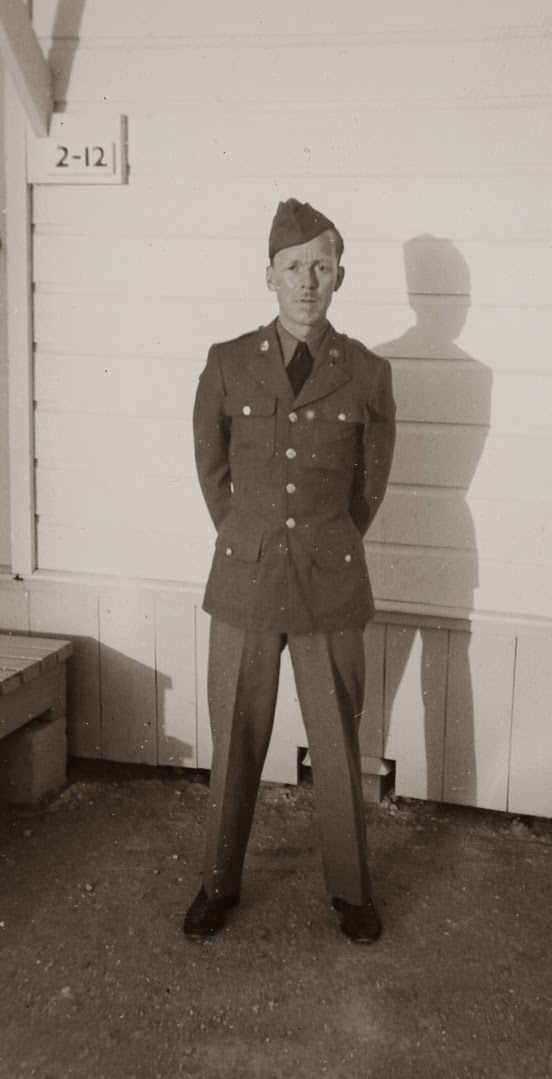 The last in this series is a photograph of a rather less-scrubbed group of lads in the Helicopter Combat Squadron 5 (HC-5), Chauvenet Detachment, South China Sea, 1972, Vietnam Era.  My guess would be that, unlike the people in the first three images, most of these men are still among the living.  Does the crew chief on the far right look familiar? 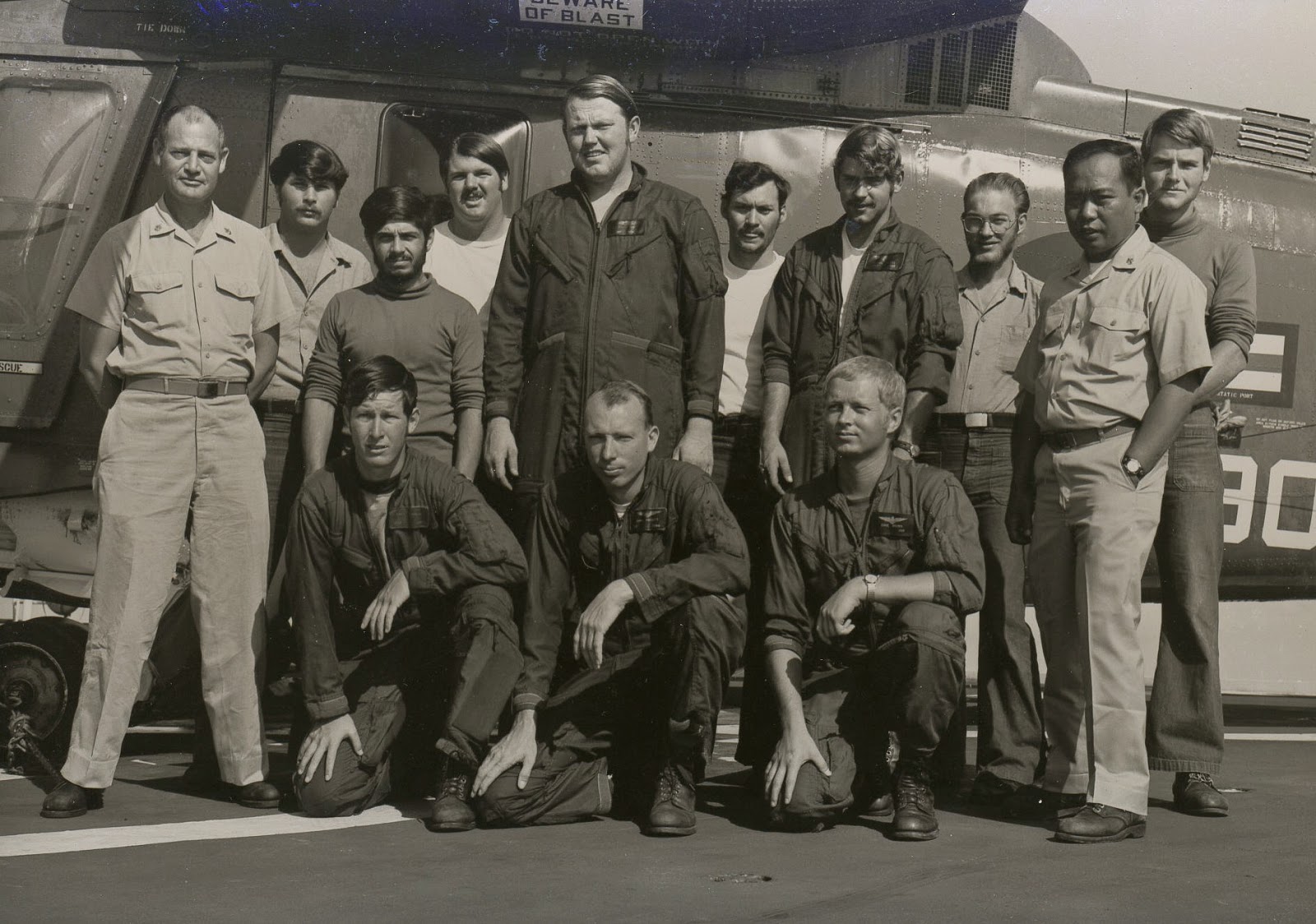 return to the dance floor

This morning, I return to the dance floor at Old Martina's Hall in Ranchos de Taos where I photographed beautiful Paloma Villa Lobos in April.  Her focus and enjoyment of Argentine tango are evident in these photographs.  She has a look that cannot be duplicated.  The first image is of Paloma with her father, Steve. 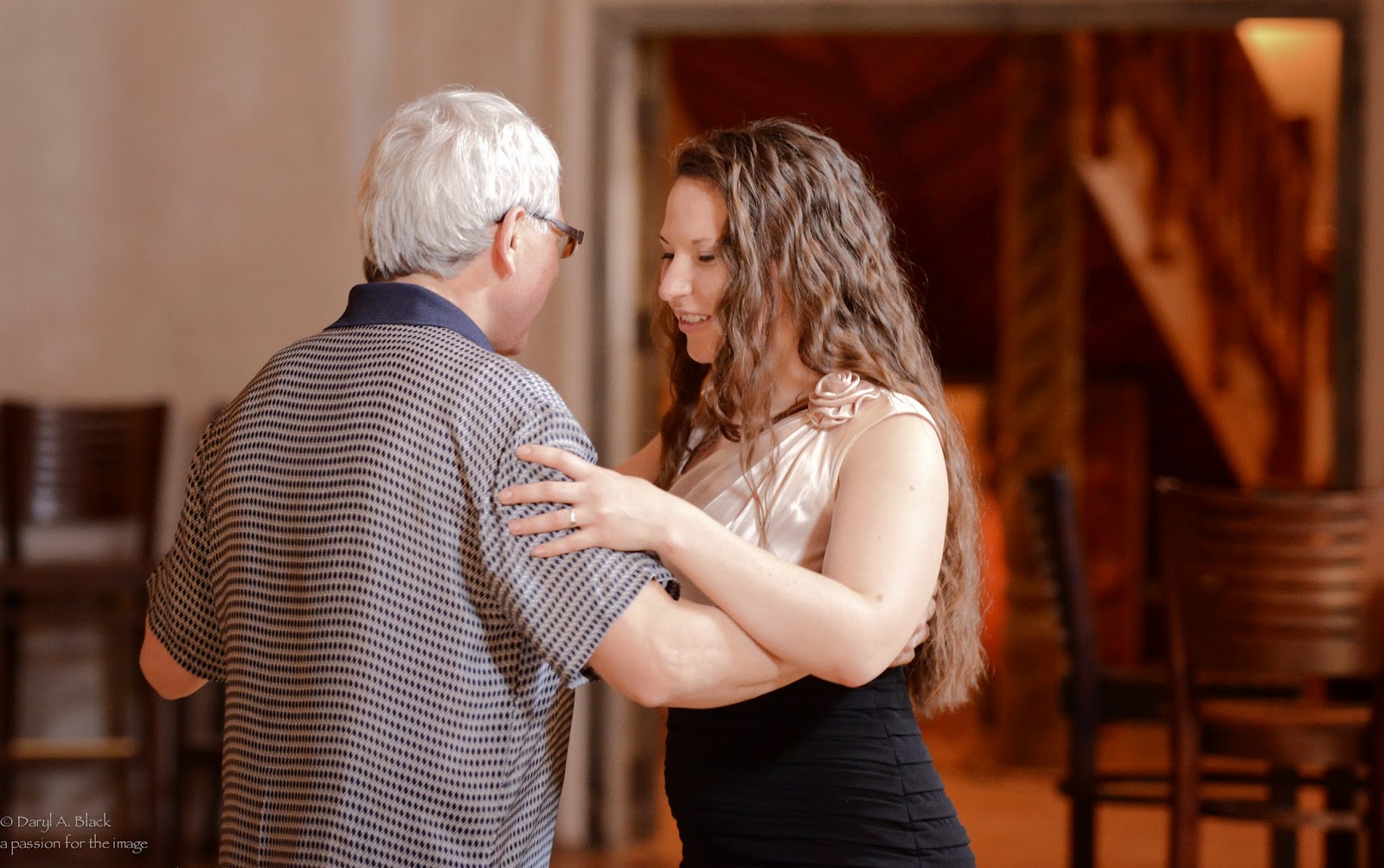 Paloma is dancing with my husband, Fred, in this shot.  The walls and interiors at Old Martina's are perfect backdrops, and courtesy of east, west, and south windows, the light is always interesting and almost perfect. 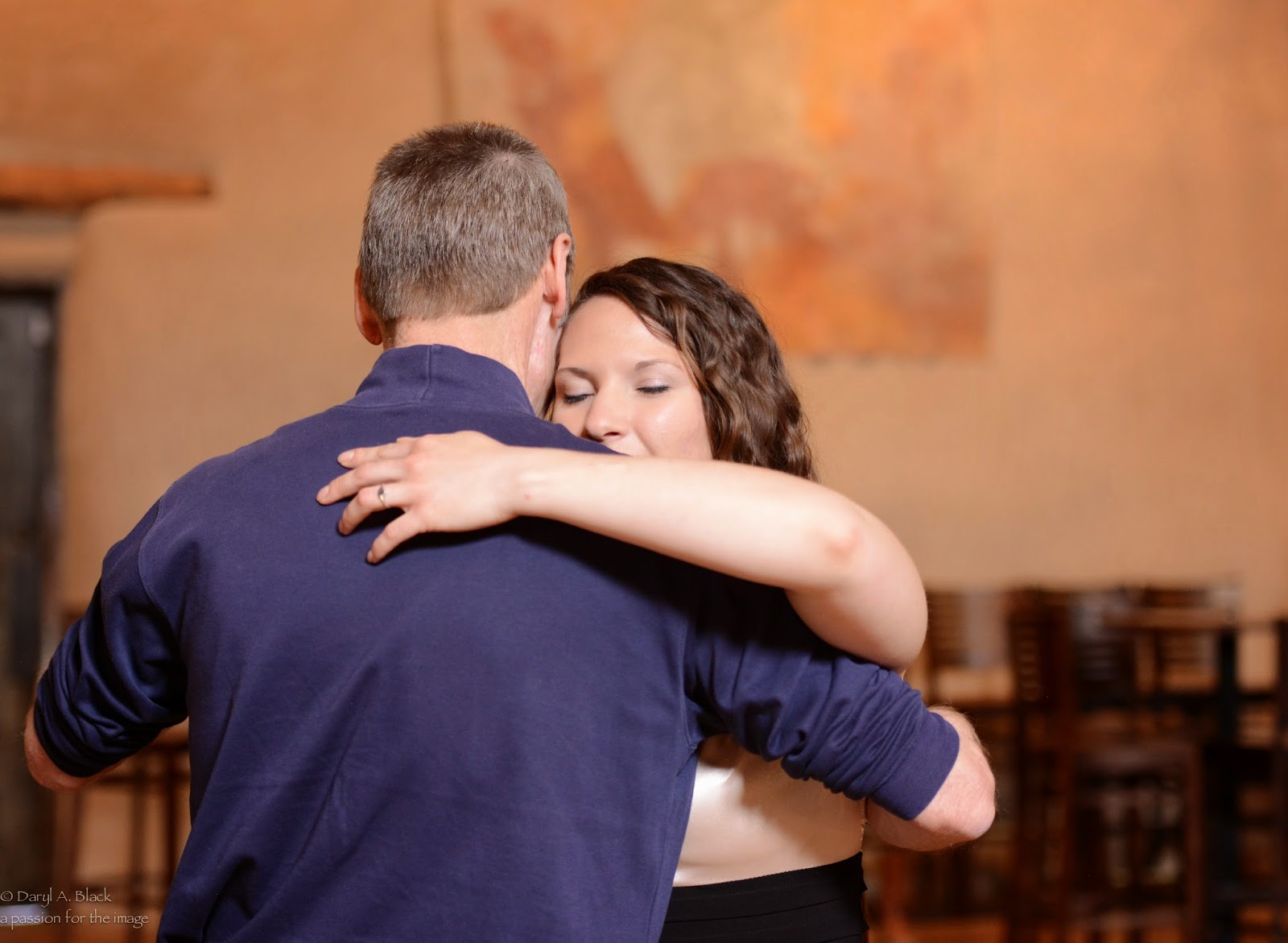 E. M. Malixi of Taos Tango, takes his turn with Paloma at the milonga or tango dance.

Thanks Paloma, Steve, Fred, and Mike!

12 May 2014.   The calendar on the wall displays a photograph of lush, green lady ferns beside a stream in Banning State Park, Minnesota.  But here on the mesa, there is snow on the windows and the sky is bleak.  Snow in May is not without precedent.  Friends of ours from Colorado claim that the most terrifying drive of their 70+ years was when they left our house some years ago, again in May, making their way over U. S. Highway 64 from Tres Piedras to Tierra Amarilla.  The road is narrow, and drop offs occasionally are not for the faint of heart.  In blinding snow, hold on for dear life.  As they did.  The good news about snow in May and fire season, is that moisture of any kind is welcome, and the high winds have diminished, even if temporarily.

Given that backdrop, I turn to photographs in bright sunshine - layers of earth.  Not being a geologist, I cannot tell you the depths nor the ages of the layers, but instead use the photographs as a demonstration of visual beauty and interest.

The first is of a series of dunes at Great Sand Dunes National Park and Reserve in southern Colorado.  The light and dunes constantly change, providing endless photographic possibilities.  I love the way clouds alter the look of the dunes. 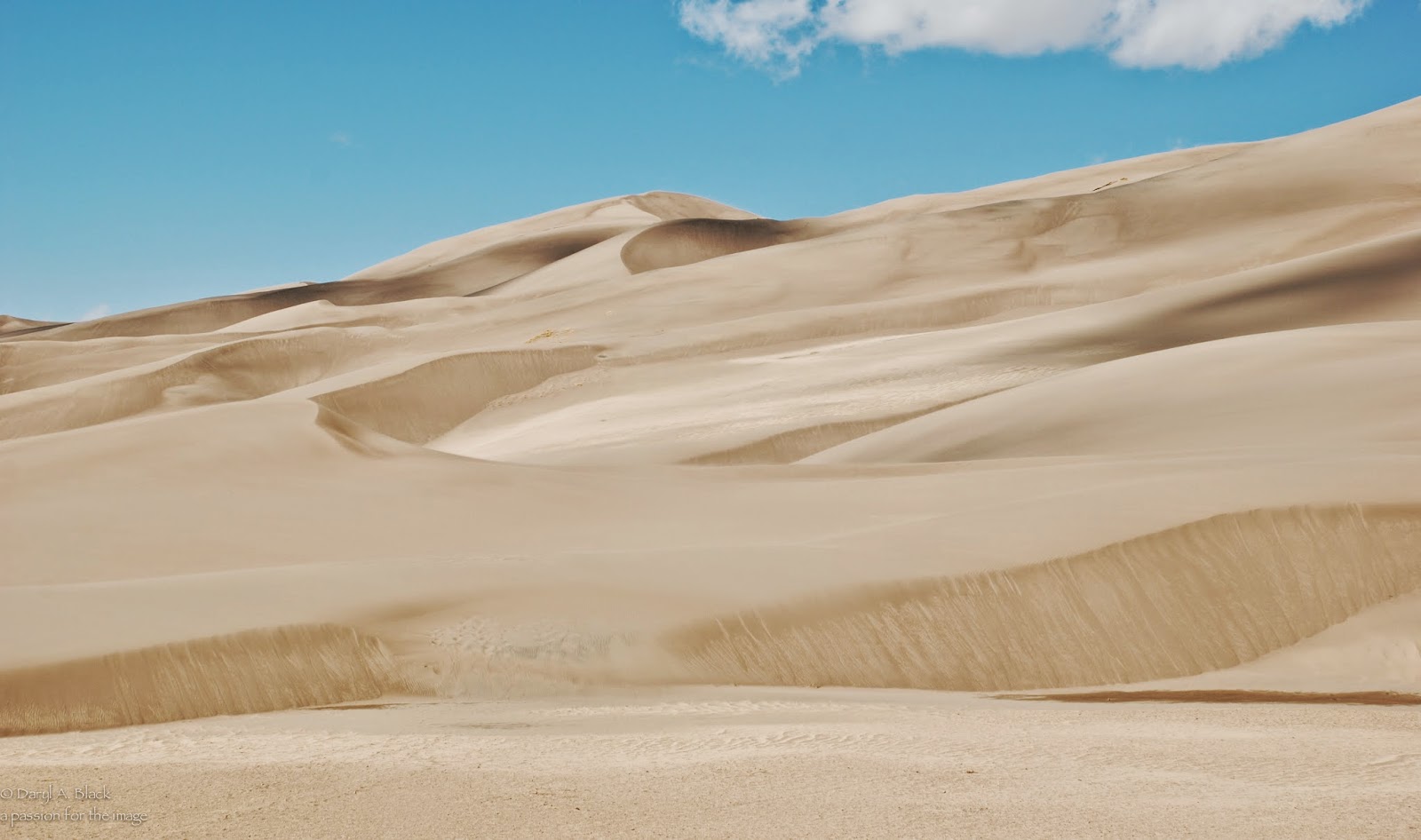 Echo Amphitheatre near Abiquiu has distinct geological layers that are stunning in color and shape. 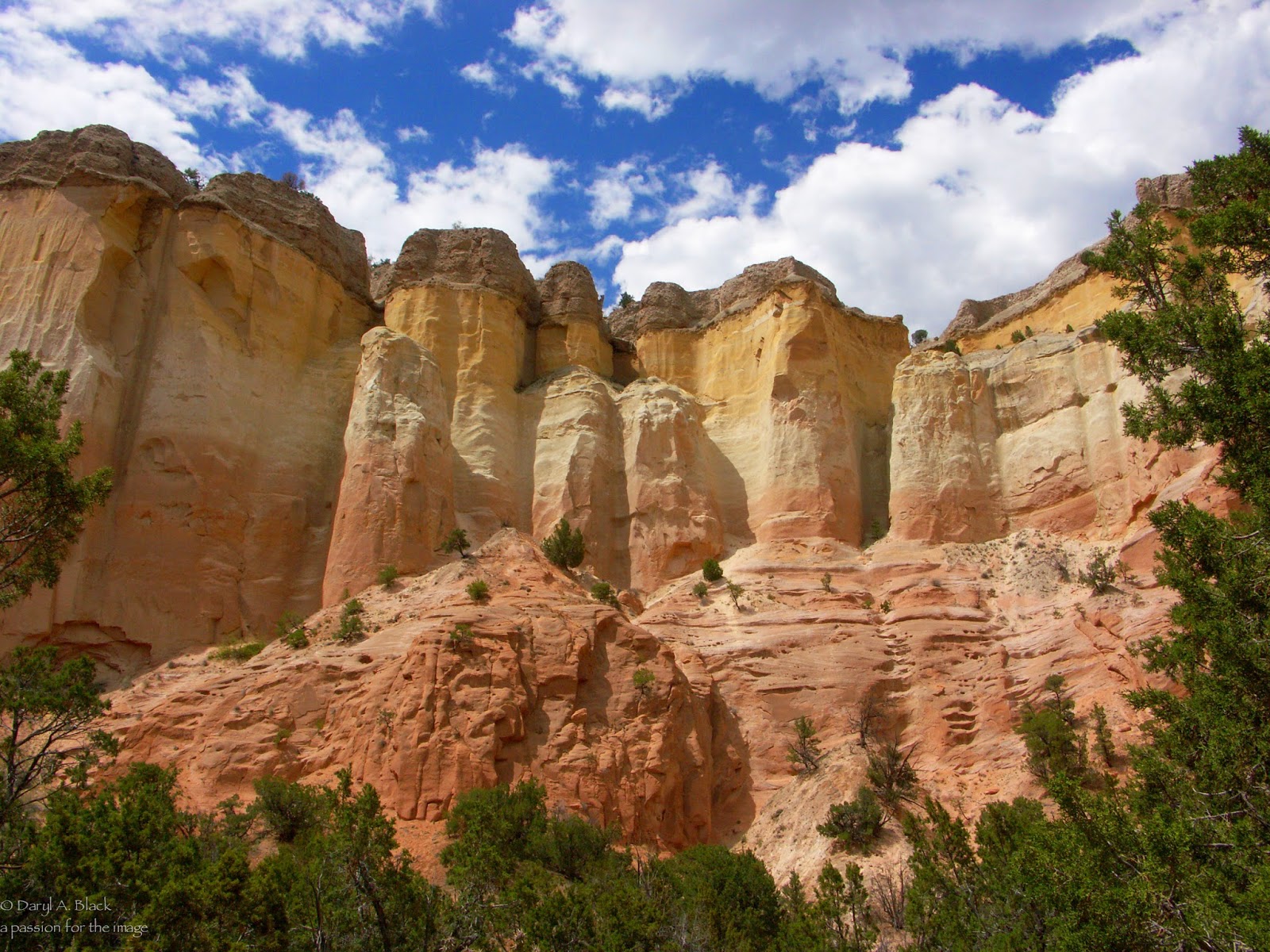 Kasha-Katuwe Tent Rocks National Monument contains passageways through the layers of sandstone, waiting to be discovered. 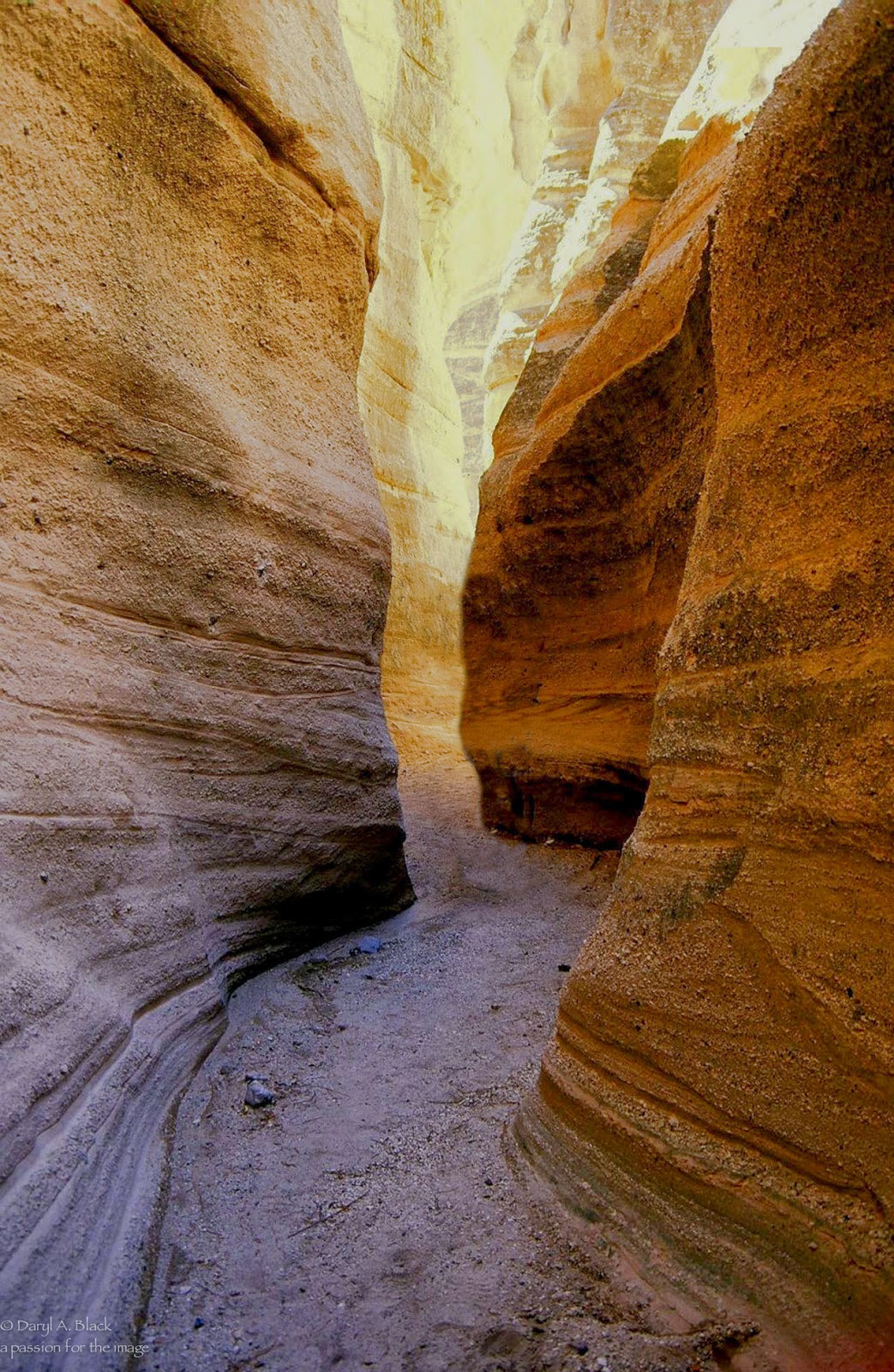 The first of May - May Day - was Thursday.  In many parts of the world it is considered Labor Day or International Workers' Day, a day celebrating the value of workers, their contributions, and the memories of those who have perished on the job.  There were parades but also riots and far too many deaths from the African continent to the broader Middle East and the Ukraine.

Nature somehow overcomes human violence and destruction in any way it can.  And thus, spring continued to emerge this week in the northern hemisphere.  In addition to two different types of hummingbirds that have already arrived here - the black chinned and broadtail - the evening and black-headed grosbeaks revealed their presence almost like clockwork.  And the King of Bling of the mesa - the western tanager - made his seasonal debut.  Such a stunning color combination is almost like a painter's palette.  If I am very good, patient, and diligent, some photographs of these flamboyant and wonderful dressers may appear in a future blog.

Until then, the painter's palette and the weaver's yarn will need to suffice.  Here is painter Steve Baumann's, ready to be applied to one of his most recent pieces of the Grand Canyon. 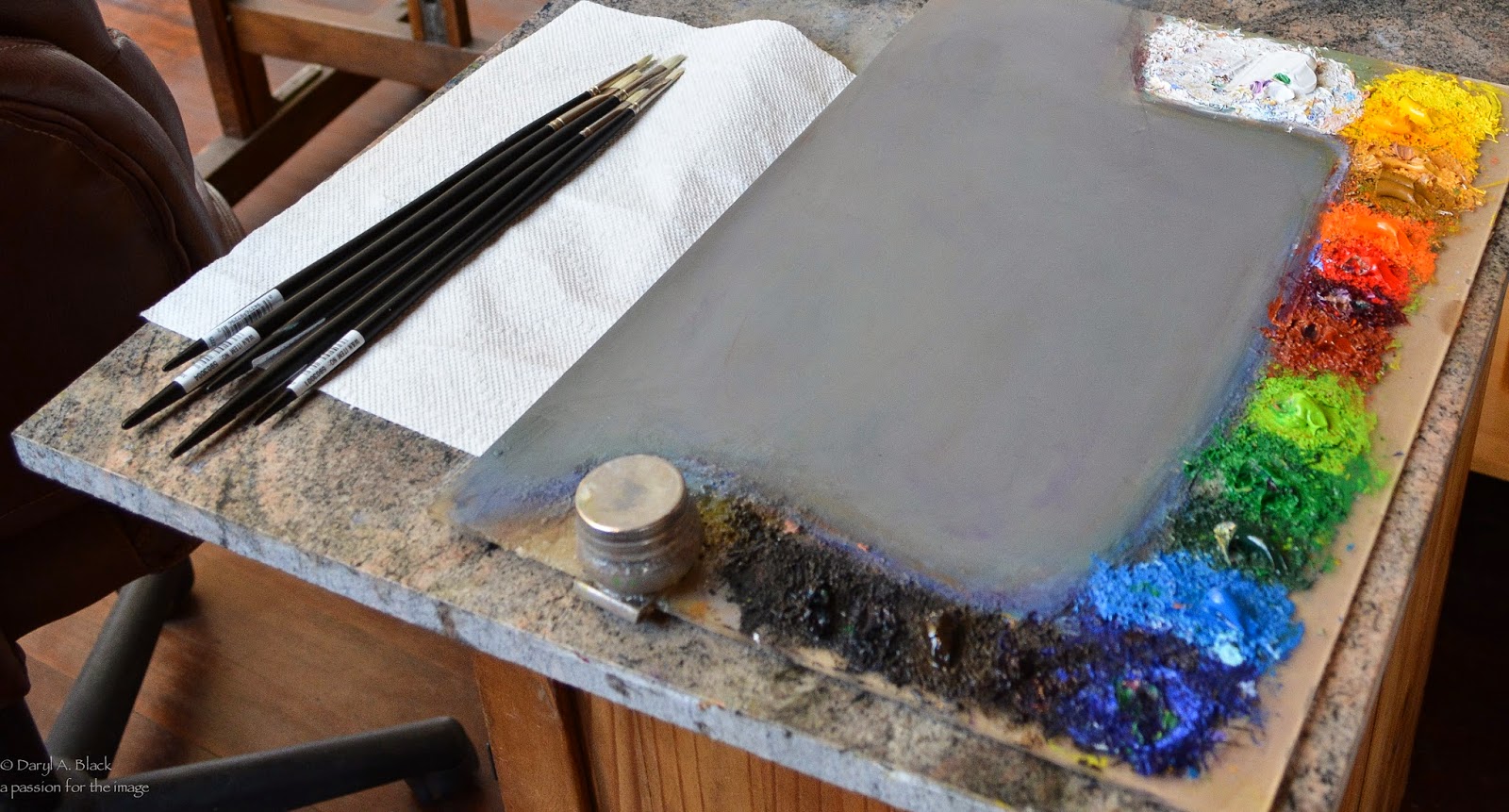 This is a selection of churro wool, dyed by Connie Taylor, Bayeta Classic Sheep and Wool, for use in rugs by weaver Fred Black. 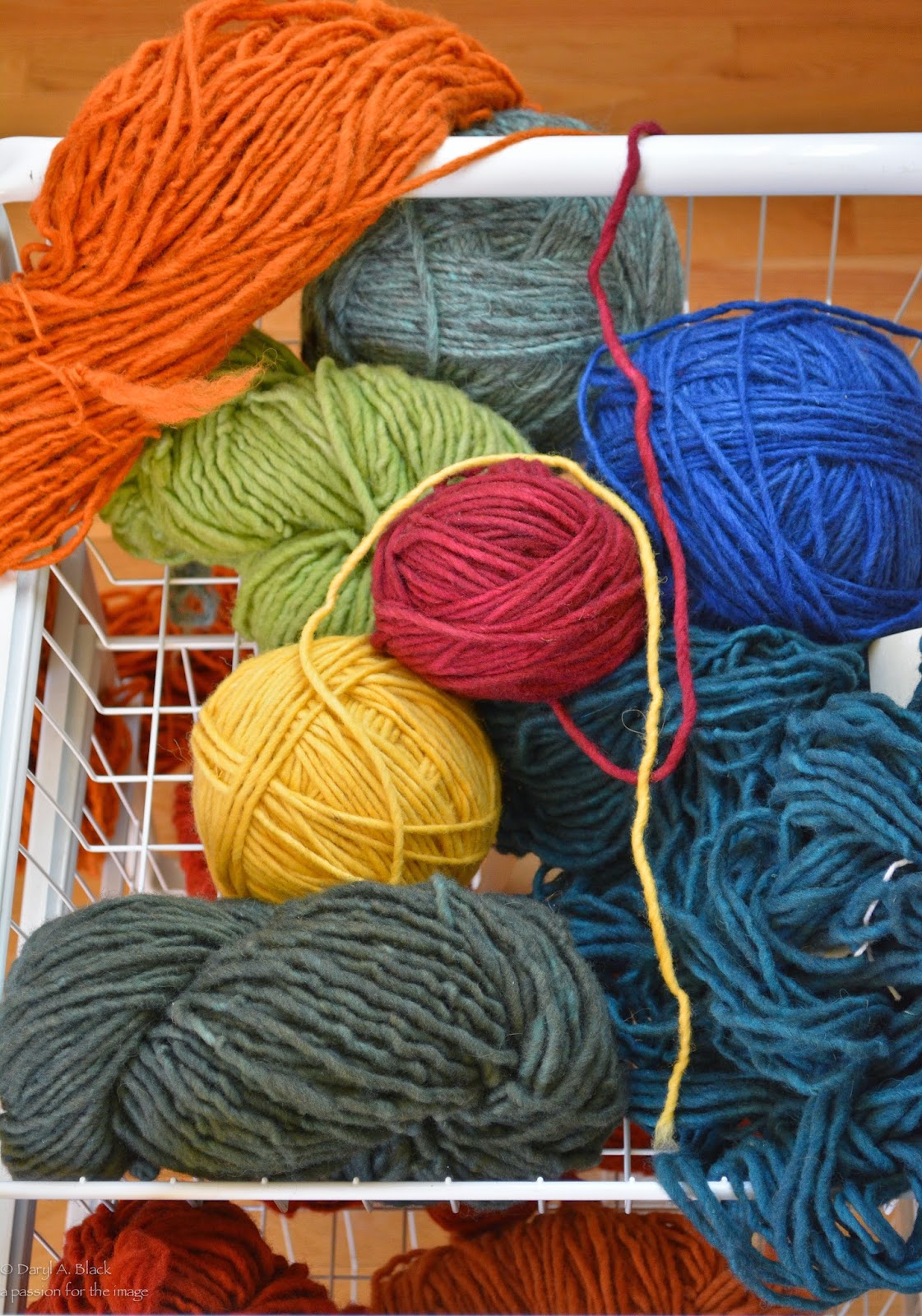 It is hard to beat the color of this poppy courtesy of nature. 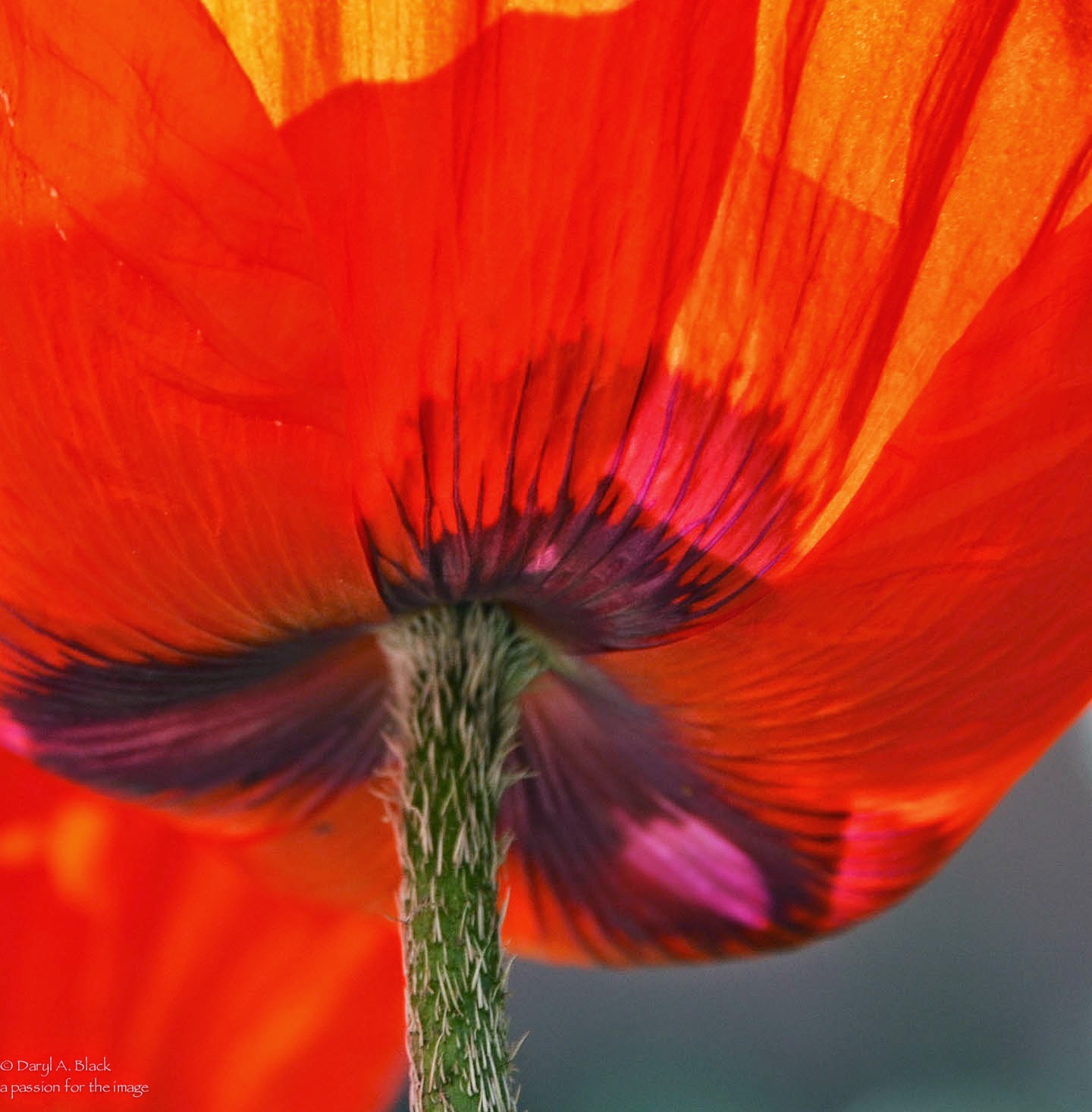